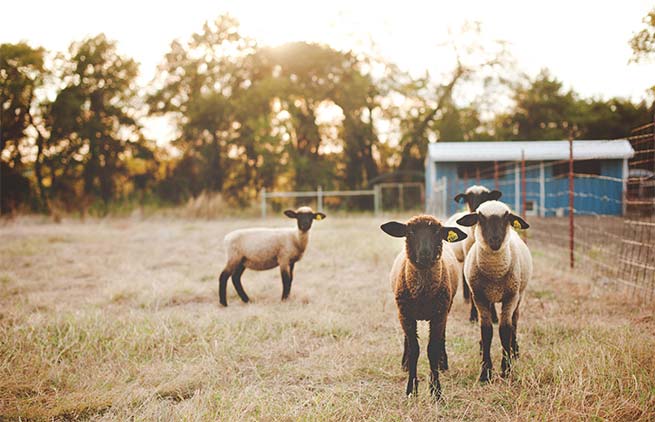 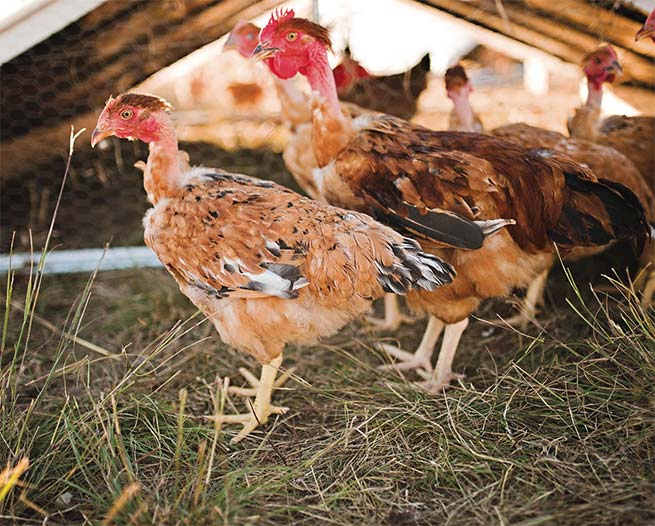 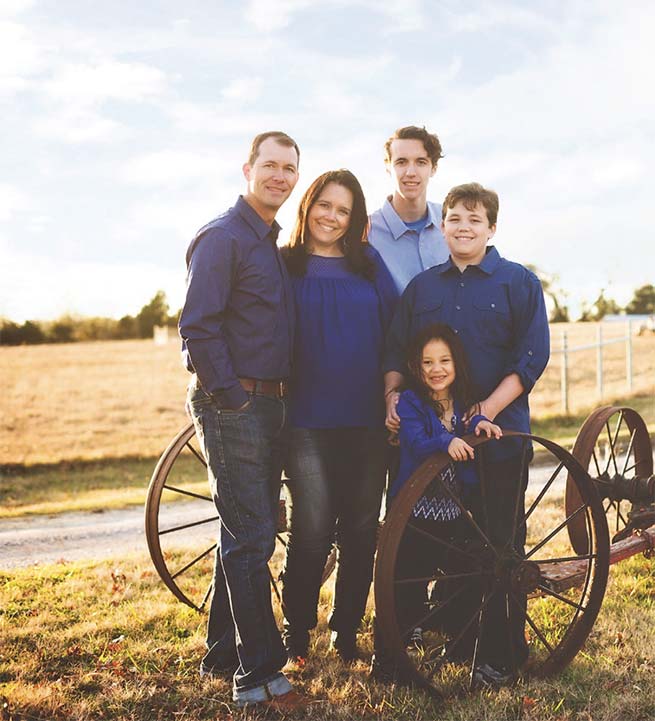 Cartermere isn’t a household name on the farmers market circuit, in part because the relatively young Celina farm started out with the goal of supplying chefs. Cartermere Farms was to be part of Dallas entrepreneur Tristan Simon’s dream team for Grasslands at The Joule, a restaurant concept that was scrubbed after Simon resigned from Consilient Hospitality in the summer of 2014.

“The vision was to build a largely dedicated farm for Consilient,” says Nelson Carter, at 43 head farmer at his family’s farm, “and I honestly believe Tristan’s whole heart was in it.” Consilient at the time included Hibiscus, Victor Tangos, the Porch, CBD Provisions and in Fort Worth AF+B.

In Grasslands, Simon wanted to create a wholly “local, seasonal ingredient- driven menu. The focal point on the produce side,” he says, “were two relationships: with John and Aliza Kilburn at Comeback (Creek Farm near Pittsburg) and with Nelson.”

“I think Tristan…had a vision to extend his chefs’ influence,” Nelson says, “all the way back to the soil that grows their produce and the pasture which feeds their main course.” But not all was lost. The chefs Simon brought together—Matt Ford (Americano, which replaced the Grasslands concept), Greg Bussey (bbbop Seoul Kitchen), Jeff Harris (Bolsa) and Graham Dodds (Wayward Sons), to name a few—forged relationships with Nelson that continue to this day. Regular consumers can order from the Cartermere farmstore online and select from a handful of pick-up locations.

As it turns out, the Grasslands bust wasn’t the only challenge in store for the new farmer.

Drive through Cartermere Farms’ gate—whose arch still heralds a previous owner—and the first thing you see are Hampshire sheep romping freely on either side of the caliche road, which crunches under your tires, taking you past a 38-acre lake, for which the farm is named. “In old English tradition,” the farm’s website explains, “the family name and prominent land feature are combined to form ‘Cartermere’ (Carter’s Lake).”

The road winds past squat chicken houses and a free-range chicken corral up to the modest barn and living quarters, where Nelson, wife Sandy and their kids—Landon, 17, Lincoln, 14 and Liliana, 7—reside. From the vantage point of the porch, where native cedar posts support the long shade awning, you look out on a grassy slope made lively by a handful of chickens chasing each other and bugs. An orange tabby barn cat (one of the two Jonathans) pads by, giving wide berth to the birds.

Later, as Nelson and I walk the grounds, some chickens break through their corral-style, chicken-wire enclosure, pouring into Nelson’s field of radishes and mustard greens. He laughs as they flap and run to grab grasshoppers and other insects. They’ll come back at dinnertime, he says, and he’s watchful to make sure they don’t damage (read: eat) any of the young green leaves.

All this idyllic, rustic charm mesmerizes. You’re thinking it must be just about perfect—until you gaze off into the distance at eight tunnels, or hoop houses, their plastic skins shredded and fluttering in the wind. That happened last year, when heavy rains and hard weather shook the farm to its foundations. “Our ability to produce crops got hammered,” Nelson says.

We walk through the grassy field to the corner of a garden patch filled with budding baby cabbages and young kale. Another cultivation block holds the remnants of summer crops, such as cucumbers, which Cartermere sells to McKinney-based Farmhouse Fresh Goods, an organic spa treatment company.

“Where you’re standing, the water was up to your waist,” Nelson says. “We had 20 beehives. Then we were down to six. The ones that didn’t go under (water), the bees got sick…. We did have some meat chickens in the field. The water rose and cut them off.” They were marooned on an island. “We had to wade across chest-high water to get those chickens.” But Mother Nature wasn’t finished. Then Tropical Storm Bill paid a visit. “The tail came and destroyed our tunnels… It was total disrepair.”

The first thing Nelson did was get his animals back on track. His Hampshires are an unusual breed for lamb in North Texas, and he’s fast transitioning all his chickens to Naked Neck Poulet Rouge, which have long, oddly featherless pink necks.

“They’re great to raise,” Nelson says, showing me his hen houses and brooder. “Their meat is supple, yet flavorful. With pleasant muscle texture, not rubbery like less active birds. They’re an old-school heritage chicken that is actually designed to live on a farm. I know that sounds cheeky, but most modern breeds … just can’t survive outside an enclosed house.” 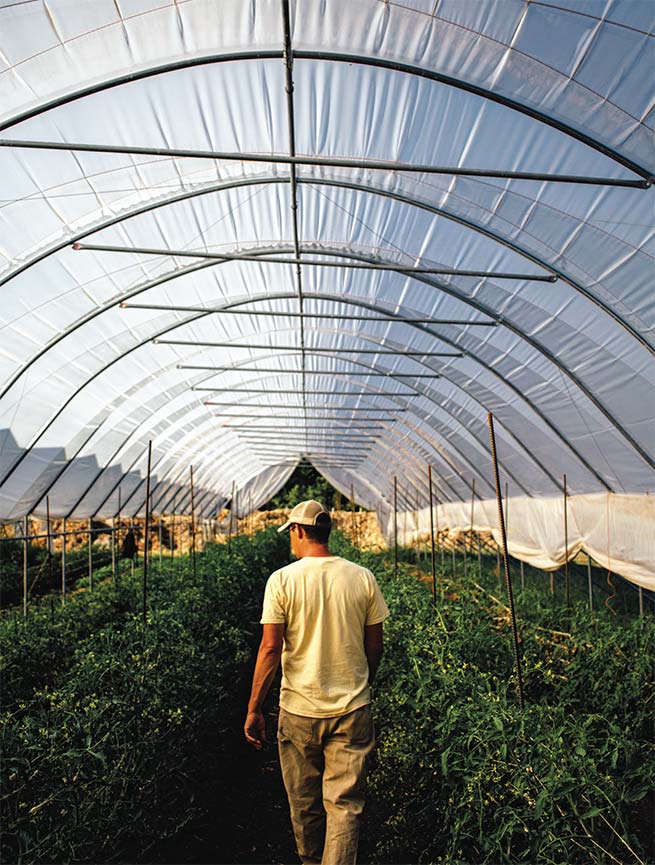 The Carters hope to restore their tunnels to this pristine condition.
They were decimated by Tropical Storm Bill. Photo
by Andrew Welch

As for his Hampshires, they were bred to live in wet, chilly England. What are they doing in hot, dry North Texas?

The answer goes back to a spring 2014 chef tasting. “It was Matt Ford (Americano), Robert Lyford (Patina Green Home and Market) and I,” says Andrea Shackelford, executive chef at Harvest in McKinney, where the tasting took place.

“We grass-finished three breeds,” Nelson says, and blind-tasted the chefs, who both broke down the carcasses and lightly cooked various cuts. The Hampshire won, hands down. “’This,’ they said, ‘we’ll take as much as you can produce.’”

Up until then, the Carters had raised pampered Hampshires for show. But that’s different from a commercial animal, Nelson says. He and sister Jennifer Carter, who has a master’s degree in animal science and lives in East Texas, helped the animals adapt.

Nelson also gets an assist from brother Hunter who lives on the east side of the lake and runs the layer operation as well as coordinating orders and restaurant deliveries. Wife Sandy covers marketing and administration, and Nelson’s parents also throw in with a hand. In Nelson’s spare time, he puts his journalism degree to work writing a blog about farm life.

The Carters’ roots run deep in North Texas soil. “My family was one of the first families in Collin County,” Nelson says. He recalls playing as a boy on his grandmother’s Plano farm which, at the time, stretched between McDermott and Independence to Custer and Hedgerow, an area thick today with upscale houses and shopping centers.

The Plano farm was just a fraction of the land Nelson’s great-greatgrandfather, John Henry Rasor, assembled in the late nineteenth century. The successful farmer, Nelson says, just kept investing in land—what was destined to become prime Plano real estate—until he had amassed hundreds, perhaps thousands, of acres that gradually dissipated through generations of inheritance. 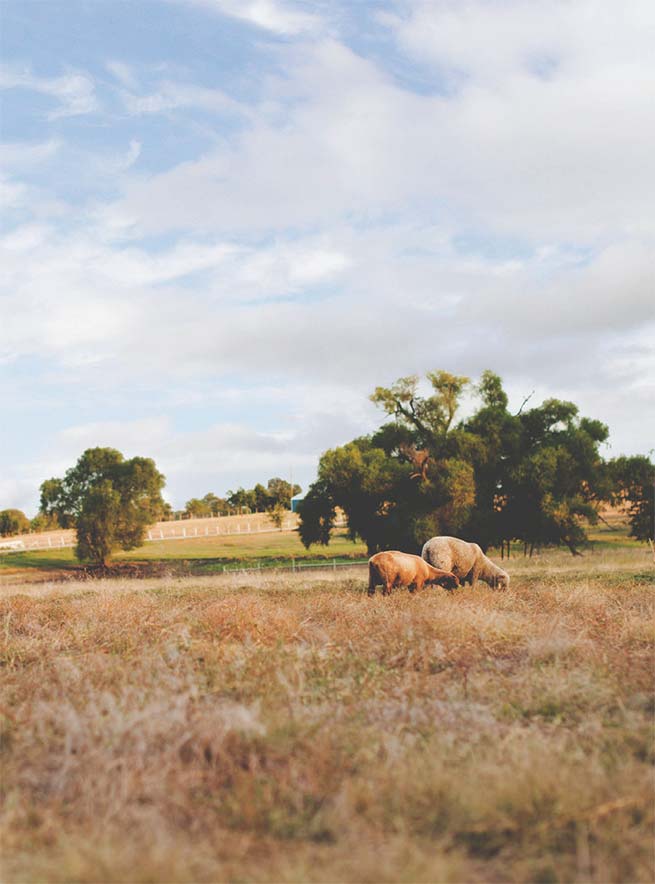 Nelson’s immediate family sold their part of the original parcel and moved farther north to Celina, where they have 300 acres. Cartermere Farms occupies a corner of that.

Their modern foray into farming began with a chance encounter between Nelson and Greg Bussey, then chef at Victor Tangos. They met over chicken coops.

“As a little project,” Nelson says, “my kids incubated some eggs.” The family still lived in Celina proper at the time, and Nelson worked in a corporate setting, where he was getting restless. His job had taken him all over the world, including several years living in northern Italy, where “I got to see different food cultures.”

Once the eggs hatched, the question was where to put the chicks. “We couldn’t leave them in the garage,” he says, “so I built a chicken coop.” Word got out about the classy coop, with its high-end Mueller steel roof, dormers and drop-door ramp, and “I started building chicken coops and selling them to high-end clients in Dallas.” One of those turned out to be Bussey. The chef asked if Nelson knew of any local farms selling produce. One thing led to another, and Nelson decided to carve out a ¾-acre garden on his family’s land. It wasn’t long before he was talking to Tristan Simon. “Tristan’s support was huge,” Nelson says, “and we said ‘Let’s try our hand at this farm.’

“I trusted Tristan then, and I still do today,” Nelson says. “He had a vision of creating a chef ’s farm, and I am proud to say that Cartermere still predominantly has that mindset. The majority of everything we produce still goes to seasonally minded chefs in DFW, most of whom I consider good friends. To that end, Tristan’s vision is alive and well.”

OF CROWING AND CATERWAULING

“We keep a lot of chickens on the place and here is what we have discovered about combining cats and chickens. Cats should first be introduced to mature chickens, preferably a large, possessive rooster with a flock of hens. This fella will do more for training a barn cat about respecting chickens then you ever could. We have never had a barn cat mess with a mature chicken. Having said that, we do not let our cats near chicks, as they will make short work of them. Most chicken breeds around 6 weeks old (with some protection) seem to be fine—our cats rarely even give them a moment’s attention….”