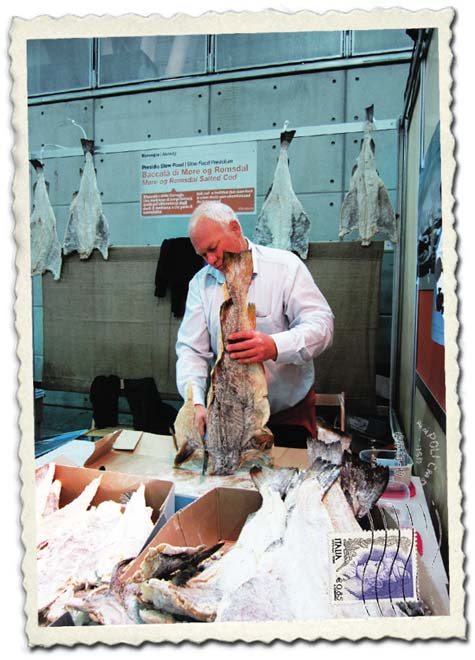 What was it like for a self-described “prairie girl” from North Dakota (via Texas) to be on her first European trip as an International Congress delegate to the Slow Food gathering known as Terra Madre in Turin, Italy? “I was like a deer in the headlights all the time,” says Wendy Taggart who, along with husband Jon, owns Burgundy Pasture Beef in Grandview, one of North Texas’ earliest grass-fed beef producers.

That’s how it may have felt, but not how it sounds. Check this observation from her October 2012 journey: “My biggest impression was how they (Italians) celebrate the primal nature of their food,” something she noticed at the multi-level food emporium Eataly. “I call it Central Market on steroids,” she says of the multistory Turin marketplace (which has a branch in New York City).

She was amazed to see that the beef case in the butcher section displayed the variety and organ meats up front. What we recognize as the traditional cuts were pushed to the back. She saw whole rabbit, freshly skinned. A cured hog leg with the hoof still attached. “You can tell what the animals originally were,” she says, as opposed to the sanitized, packaged cuts most Americans see at the supermarket. She appreciated this connection to the animal providing the protein. “I like that primal-ness,” she says. “I could appreciate that.” Eatalty wasn’t part of Terra Madre, but it was part of her experience because it was located near the former Olympic venue where the Slow Food event was held.

So what, exactly, is Terra Madre? It might be easier to start with what Slow Food is. 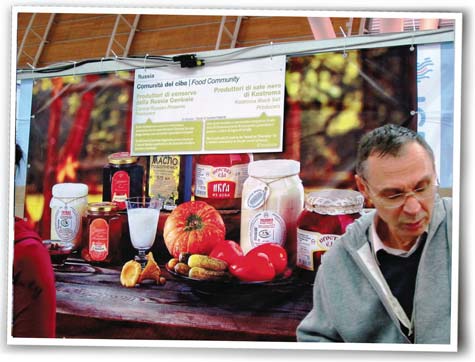 Founded in Italy in 1986 by Carlo Petrini, Slow Food is a movement that’s grown into an amalgam of small and large groups, networks and projects united under one umbrella and “dedicated to preserving and promoting integrity in our food systems—by promoting taste education and helping preserve agricultural biodiversity.” As I see it, Slow Food was never meant to be a rigid organization. It was created to deliberately flow where people’s interests flowed. So the Ark of Taste project, for example, evolved to preserve small-scale seeds and animal breeds in danger of becoming lost. The Ark of Taste website lists 1,200 items, and 139 are in the United States.

The sweet Pixie tangerines you see at Central Market and Whole Foods Market are on the Ark of Taste roster. So are Red Wattle hogs, yellow-meated watermelon, Pacific Northwest geoduck and the New Mexico native tomatillo. Slow Fish and Slow Cheese were Slow Food campaigns that blossomed into international networks. The Terra Madre Relief Fund was established after Hurricane Katrina to help restore Louisiana’s food communities. The Thousand Gardens in Africa project was launched in 2010.

Terra Madre is Slow Food International’s grand, biennial gathering of like-minded mortals from around the world. The International Congress is a two-day forum held in conjunction with Terra Madre. Another component is the Salone del Gusto, a huge pavilion showcasing world foodways. “Terra Madre is an overwhelming display of food cultures,” says Taggart. “This showing featured displays, goods and foods from approximately 95 countries.” She was one of nearly 700 delegates who also attended the International Congress, where “people from different countries get up and talk about food culture and issues….how food economies work….how politics and economics affect food cultures…. You wore headphones and tuned to your language for the translation…. GMOs (genetically modified organisms) were a big part of the discussion…. It is actually illegal to even bring GMO seeds into many countries, much less plant them.” Taggart was representing the Dallas Slow Food convivium (the name given to local chapters). 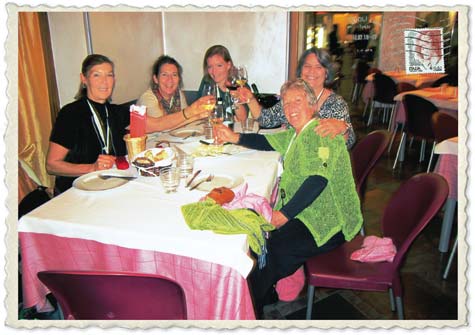 Claudine Martyn, Slow Food USA governor for the Texoma region (Texas and Oklahoma), is a Terra Madre veteran who also attended in 2012. “I help new chapters become established,” she says. As a charter Dallas member, she links today’s group with its beginnings in 2003, when Slow Food Dallas was one of the few voices advocating for local, artisanal agriculture and the idea of getting to know the farmers and ranchers who produce your food. This was the same year the vaunted Coppell Farmers Market was founded. Texas Meats, an East Texas consortium made up of Rehoboth Ranch, Windy Meadows Family Farm and Truth Hill Farm, introduced the grass-fed concept to the Dallas Farmers Market only a year earlier in 2002. That’s also when Central Market opened in Dallas. (Of course Whole Foods Market was way ahead of this curve, opening in North Texas in 1986.)

“Now, there are many food-focused groups of all types,” says Martyn. “I think Slow Food was a big influence (on those).” The Dallas convivium was hatched in the Plano home of Timothy Mullner, who has since moved to Seattle, where he’s still a Slow Food member. “I simply started holding meetings around the kitchen table,” he says. “We asked, ‘What can Slow Food be in Dallas- Fort Worth?’ When Michael Cox [then manager of Dallas Central Market] and I started to organize, you started to get the word out.” By “you,” he means Dallas Morning News Food Editor Cathy Barber and me; we let people know Slow Food was organizing a local chapter.

Recently, Slow Food Dallas has again been pondering the question: What can the local chapter be? Leader Liz Goulding is energizing the effort. “Right now, I want to raise awareness of what Slow Food is, with informal events,” she says, such as a Craft and Growler gathering earlier this year. Her vision includes activities “focused on eating and enjoying while learning, doing for others, volunteering and working.” Stints at Urban Acres, the Oak Cliff cooperative and budding farmstead, and Holistic Management International, an Albuquerque-based nonprofit devoted to sustainable ranching and farming, stoked Goulding’s interest in the Slow Food experience. She joined the local group two years ago. 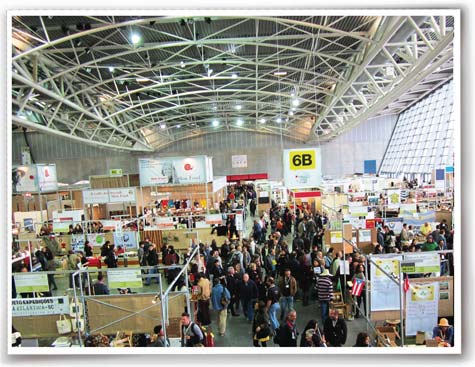 Slow Food “really is a three-pronged mission,” says Martyn. “The first one is to teach people where their food comes from and the importance of relating to the people who grow your food. The second is to support farmers (and other producers). The third is to encourage people to spend more time at the table with their family and friends.” Slow Food offers a way to influence change, she says, whether it’s working on the U.S. farm bill or meeting a farmer in your neighborhood. It all depends on your passion. The best way to connect with the Dallas group is on its Facebook page: Slow Food Dallas. That’s where fall events and classes will be listed. And if you’ve got an idea, pipe up. This is the place to run with it.

Martyn offers one more snapshot illustrating Slow Food connectivity. “About four or five years ago,” she says, “one of the people I met at Terra Madre was an [Italian] cattle rancher, who eventually came to Dallas. His daughter was with him and spoke English. Jon Taggart got us in his pickup truck and took us around the ranch (Burgundy Pasture Beef). At the time, I thought, ‘This is what it’s all about—connecting people from one country to the next and sharing the best practices.’ It was a blast. Jon and Wendy are supportive of Slow Food and really, really care.” Which is how a North Dakota prairie girl ended up going to Terra Madre last year.

“If food is really interesting to you, politically and in all ways, it’s a significant event to attend,” says Wendy. “I want to go back.” She’s already making plans for Terra Madre 2014.