Jars of bright sunfl owers line the kitchen windowsill. Casey Cutler is standing in the middle of her family kitchen located on the outskirts of McKinney. Her long hair is pulled back in a baseball cap and there’s a squirmy baby snug on her hip.

“Our five to ten year plan actually starts when this one turns 18,” she says, half-joking, with a nod towards Charley, her curly-haired, 11-months-old. The baby is desperately trying to take bites out of a juicy red tomato that’s too round to sink her baby teeth into.

“We found out during our last vacation that we can’t even eat store-bought tomato sauce anymore,” John says. John’s daughter Joplin nods her head, silently echoing her dad’s statement while scrunching up her face. Th e nine-year-old is patiently waiting for Casey to peel away the crinkly skins from a pan of charred tomatoes, so she can work her magic at the food processor. “Our homemade sauce looks more orange than red, too.”

Just two years before, Casey and John were happily living in East Dallas, where they still work and have family ties. Casey is the Executive Director of Good Local Markets, a nonprofi t that organizes both the White Rock Farmers Market and Lakewood Village Farmers Market. John is the owner of Urban Chicken and has been the go-to Dallas backyard chicken guy for 10 years.

The majority of John’s clients are in Dallas, so the thought of moving was hard, but he admits that their house was getting crowded. At any given time, they had 150 chickens in the citysize backyard and a large coop build taking shape in their driveway. There wasn’t room to park their cars or for Joplin to ride her bike. Even with the space constraints, they were content to remain urban homesteaders.

But all that changed when Casey wanted to add a pet pig to the mix. John’s response?

“Find a bigger house.” The challenge prompted late-night real estate scrolls which, surprising to both, quickly yielded their dream property. They moved within the month.

The property was a blank slate; a simple brick ranch on two acres in northern McKinney. They had one week to build fences and move the massive Urban Chicken flock. Starting a garden for Casey immediately followed. And although they had room now to go BIG in their homesteading journey, they chose instead to lead with intention, a lesson learned during their early gardening days.

“When we first started gardening, we planted things we didn’t even like to eat. It was such a waste of resources,” confessed Casey. Now, they focus on growing things the whole family enjoys, like herbs, greens and tomatoes. The latter they use to make the sauce. Any extra is frozen and eaten during the winter months or taken on family vacations.

The vegetables grow at the back of the property and are planted under the watchful eyes of sunflowers that stretch straight up to the sky. Sunflowers are Casey’s favorite and she beams when sharing her plan to add a cut flower garden to the property one day.

But the sunflowers aren’t just for looks. The heads are left to dry in the sun, withering on the stalk. With a flick of the wrist, the sunflower seeds are destined for one of two paths: roasted and salted for future snacking or safely tucked away to plant next year’s garden.

And although this work is leaning towards a self-sufficient, homesteading lifestyle, Casey and John are not on a mission to replace their local farmer. Their philosophy is the exact opposite, and you won’t meet a more passionate advocate for our local North Texas food system than Casey.

Because of their work, the couple had a front-row seat to the past year’s tug of war on our food supply and the shattering of an illusion that the complex systems we rely on for food aren’t that reliable at all.

Both Casey and John urge everyone to stock their pantry from the farmer’s market. What isn’t grown at Hidden Pecan Homestead they buy from local farmers. The pottery Casey pulls out to serve spaghetti was made by a farmer’s market vendor, and she jokes that even their family dogs and a miniature horse, Xander, were local finds.

For anyone wanting to be more self-sufficient, John suggests welcoming backyard chickens into your family fold. (But start small. He is still rehoming chickens fervently bought during the first days of the pandemic.)

The chickens will in turn prepare the soil for a future garden. Casey points to her sunflowers and swears there’s nothing more satisfying than cutting blooms grown from seeds you harvested yourself.

With a booming business (there’s a three to six month waitlist for one of John’s urban coops), the running of two farmers markets, a 9-yearold, and an 11-month-old, what they have accomplished on their land in two years is a huge win.

“Everything is a learning process.” It’s a sentiment they hear over and over again from farmers and that they, too, now have embodied. They welcome the curveballs and the organic, ebb-and-flow nature of their journey. But modern-day homesteading doesn’t have to be all or nothing, and land isn’t a prerequisite to becoming more self-sufficient. Casey and John were raising chickens and gardening in the city.

Start small and put energy into things that matter to you, whether that be a few fresh eggs in the morning, a kitchen full of sunflowers or a freezer stocked with homemade pasta sauce. For everything else, shop at the farmer’s market and get to know your local farmers. 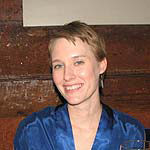 MELINDA ORTLEY is a Fine Art Photographer who believes that every image should stand alone as a work of art. Using the classic medium of film, her goal is to create vibrant, original images that go beyond her client's expectations, whether that client be a blushing bride, growing family, business owner or magazine editor. You can view her portfolio at www.melindamichelle.com.