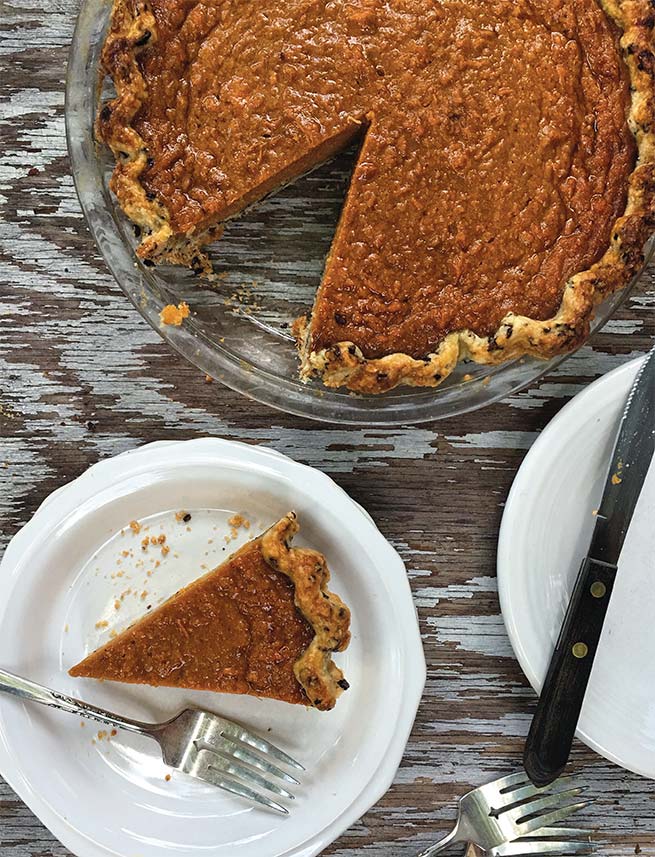 Recipes and photos by Ellise Pierce

I did not grow up eating cane syrup. I was—and have always considered myself to be—a sorghum girl.

When my Birmingham, Alabama-born mom made cornpone to accompany dinner, which was more often than not, afterwards Daddy would get the paint gallon-size can of sorghum out of the cabinet and spoon the brownish-black goo onto his dinner plate. He’d put a generous pat of butter in the middle of the sticky puddle and with his fork, he’d smash it all together until the butter was mixed in and it resembled a light caramelly brown. Then the cornpone dipping would commence.

I never knew there was anything else but sorghum for cornpone dipping— not until recently.

Cane syrup has all the sweetness and some of the personality I loved about sorghum, but without the lingering bitterness, which may have been why Daddy added the butter.

Thicker than maple syrup but nowhere near as big as sorghum or molasses in terms of its viscosity, cane syrup’s easy to eat and easy to use in recipes. Besides the traditional dishes—cornmeal griddle cakes (a flourless pancake), gateau au sirop, and sweet cornbread—it seemed to me that there was much more to be explored with cane syrup. I figured it could be a natural swap-out in recipes that called for some of the other pourable sweeteners.

It was. In a sweet potato pie, which sometimes calls for molasses or brown sugar, I cut back on the sugar by more than half listed in some recipes by using cane syrup. Better the second or third day (if you’ve got any left), the cane syrupy flavor really comes through. Ditto with the Cane Syrup Vinaigrette, a recipe I originally developed with honey as the go-to sweetener, because in Paris, local honey—and so many different types, from lavender to chestnut—is in every market and at every grocer. I wasn’t sure I’d like the new version as much as the original, but I actually liked it more. The sweetness of cane syrup was softer and blended more easily with the other ingredients, whereas honey can sometimes be too sweet, then sharp and hot on the back end.

Which is why it also worked with the Asian-inspired glaze for the salmon. Balance can be tricky when blending acidic, spicy, salty and sweet—and finding the right ingredients to collaborate with can be challenging. Cane syrup’s depth of sweetness held its own.

It’s less of an add-on than something that really adds to whatever it touches. I suspect it’ll make a fine partner to some salty French butter when my cornpone madeleines come out of the oven.

Ellise Pierce is the Cowgirl Chef and author of COWGIRL CHEF: Texas Cooking with a French Accent (Running Press). Read her blog (cowgirlchef.com), and follow her on Twitter (@cowgirlchef) and Instagram (cowgirlchef).

How Sweet It Is
Farming for Chefs (and other visionaries)