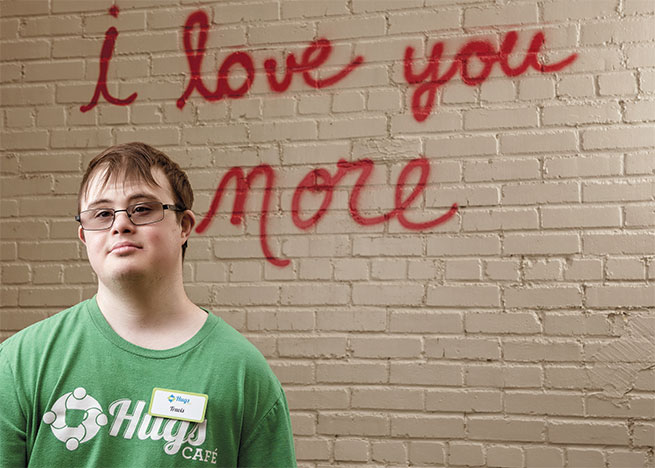 Hugs Café team member Travis Maugh is learning the nuts and bolts of food service. His favorite duty is helping at the grill.

As he approaches the booth occupied by a jovial family of five, the server assistant, Travis Maugh, is polite, conversational and adroit, collecting empty plates and glasses. The encounter seems basic. It is not.

Travis has Down Syndrome, and until he was 28 years old, that probably prevented him from finding a job, he says, much less a career he loves.

A career in the restaurant business means working long, tiring and often unpredictable hours. But Maugh possesses the physical stamina and disposition for the profession; his confidence comes via two years working at Hugs Café, a restaurant staffed predominately by people with special needs. These range from Down Syndrome to physical or learning disabilities.

Maugh might be scrubbing dirty tables today, but he learns more about the restaurant business with each order, every delivery and, his favorite, each turn at the grill. Exhilarated, beaming, he believes he is bound for a greasy and demanding future in food. “Well, probably,” he says.

At the Downtown McKinney eatery, he is learning the nuts and bolts of the food service industry.

That is our No. 1 goal, Hugs founder Ruth Thompson says.

No, not to produce more chefs, but to teach job skills to people with special needs, help them tap into their talents, give them tools to live a productive life that makes them feel proud and essential to their community.

A few years ago, Travis was a different person. He graduated from high school, but his hunt for a job was difficult and disheartening. After a long time trying, he stopped going out much at all. Instead he relied on video games or TV shows to fill his days, he says.

“The primary goal from the start was to teach life and job skills to adults with special needs,” says Thompson. “The restaurant just happened to work best.”

There are so many skills to learn—prep work, food safety, washing dishes, serving, busing tables or hosting, to name a few. 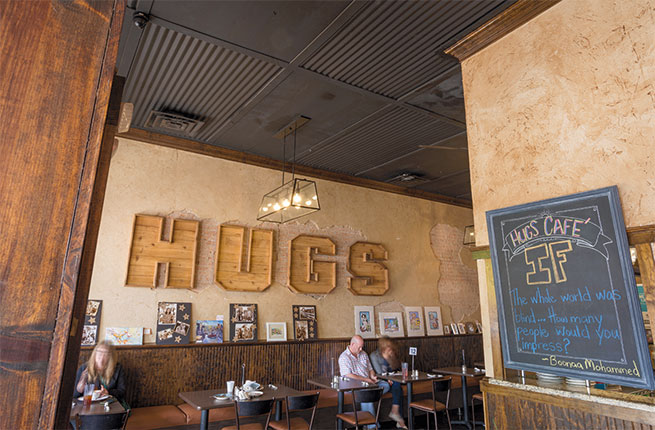 The Hugs Café interior has a nostalgic farmhouse feel. 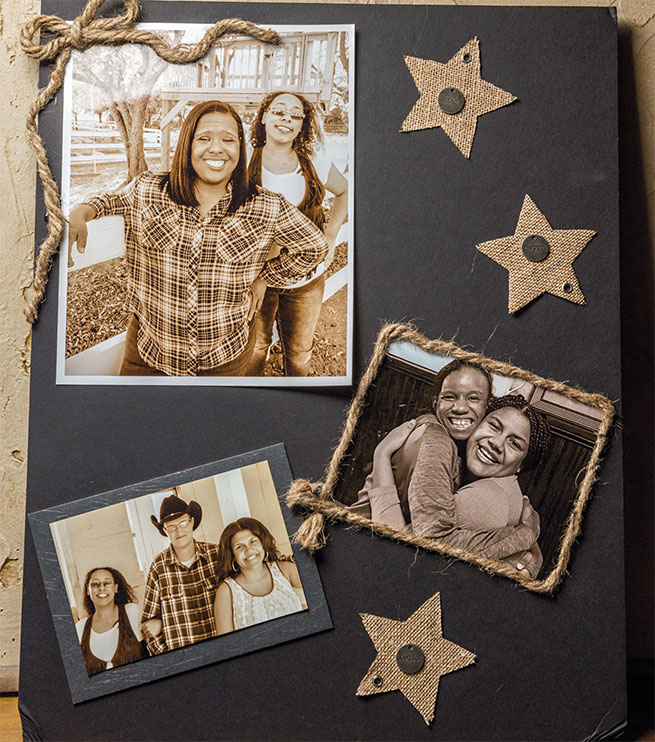 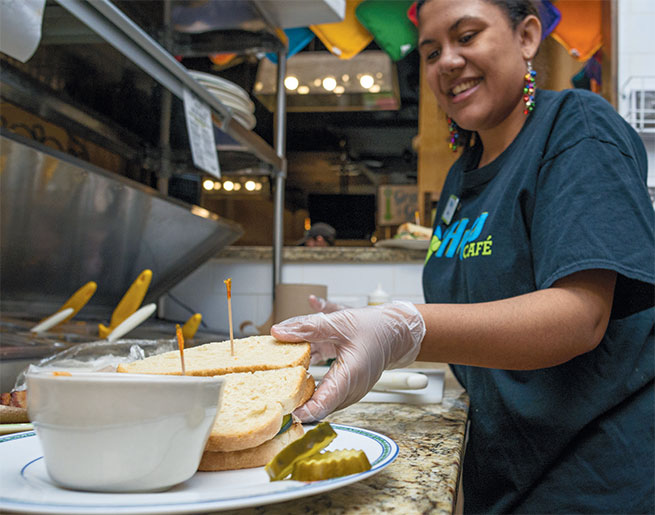 “Once we train them here, they can go anywhere and work at a restaurant, because training adults with special needs for this type of work is the most difficult part,” she says. “That is why restaurants don’t like to invest in them. Extra cost.”

That brings us back to cultivating team members, offering them a fulfilling life, and a community with which they can always connect. The restaurant is a good start, but Thompson knows this business isn’t for everyone. She wants to teach as many people as possible different skills.

That is the impetus behind Hugs Greenhouse, a well-underway nonprofit business that is independent of the café, though it falls under the same Hugs umbrella, Thompson says. Team members will learn to grow plants and flowers, which they eventually will sell through a retail portion of the enterprise. Proceeds will help support the nonprofit, so more adults living with special needs can earn a living. Applicants will not need any type of experience because learning is part of the job.

“All they need to be is teachable,” Thompson says. In the 1980s, when Thompson lived in Colorado, she trained as a restaurant manager and had a passion for cooking. She switched gears in 1998 when she became Executive Director of New Day, a Colorado nonprofit providing support to families and people with special needs.

Thompson never had a relative or friend with special needs. The call she felt to help and interact with this population just happened organically. “At New Day I just fell in love with this group of people with whom I had had little previous experience,” she says.

When she and husband Chris moved to Texas in 2004, she sought work where she could combine her passions—adults dealing with disabilities and cooking.

“Texas at that time ranked 48 when it came to state funding and programs for this population. And as of two years ago, our state was number 50 on that list [according to a national Cerebral Palsy Foundation study].”

For the Texas-based grocery store chain Market Street, Thompson was the perfect hire. One of her responsibilities was to teach life skills cooking classes to adults who hadn’t learned the fundamentals of cooking.

And then came the dream.

One night, after a friend told her about a coffee shop that employed adults with special needs, Ruth dreamed she was in such a restaurant. It was almost fully staffed by adults with developmental and intellectual disabilities. “It was a joy-filled place where they learned, worked and thrived as productive members of the community,” she says. “Cool idea,” she thought upon awakening.

The last time she had the recurring dream, she told her husband Chris about it, and he responded, “Let’s make it happen.” 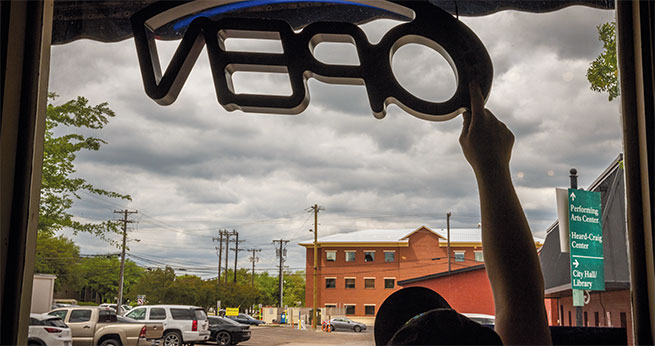 In downtown McKinney, Hugs Café is open from 11 a.m. to 3 p.m., Tuesdays through Sundays. 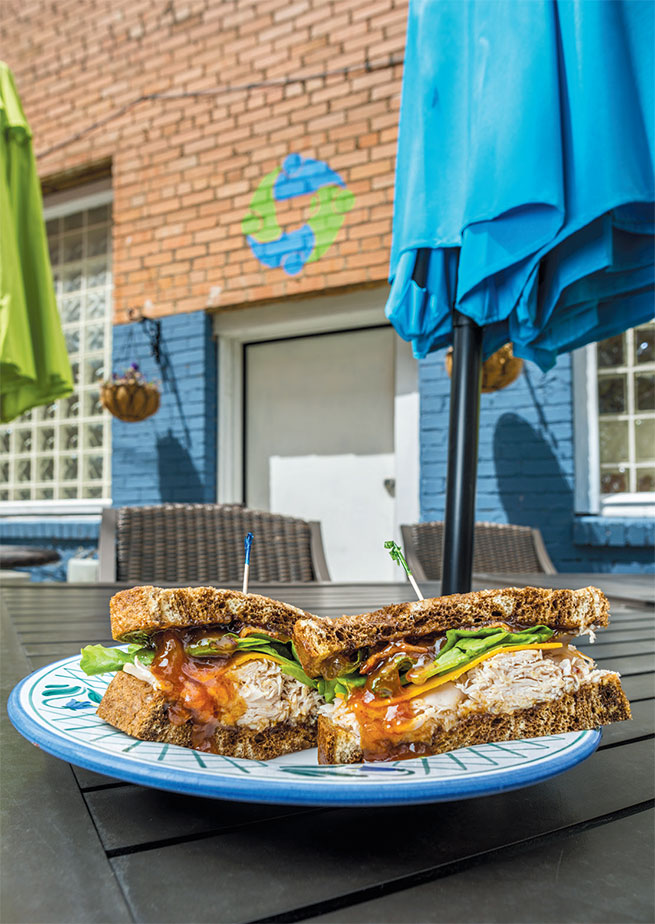 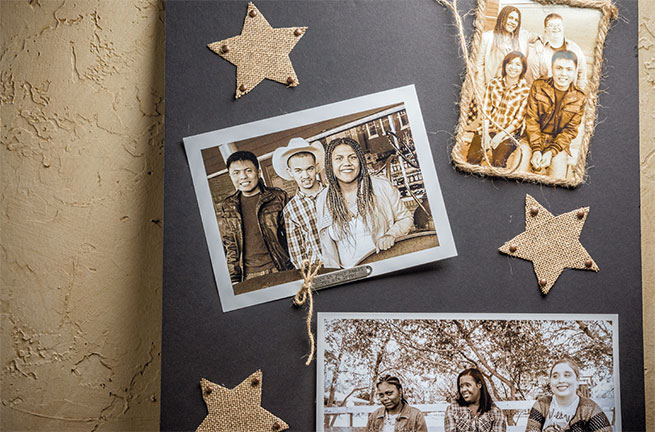 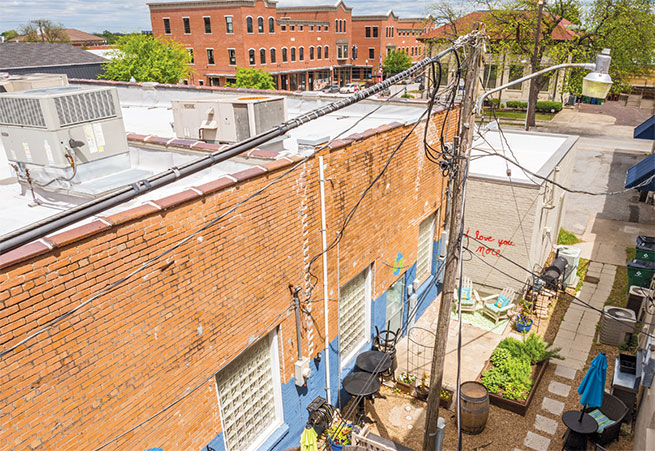 The alleyway herb garden was inspiration for the new Hugs Greenhouses. 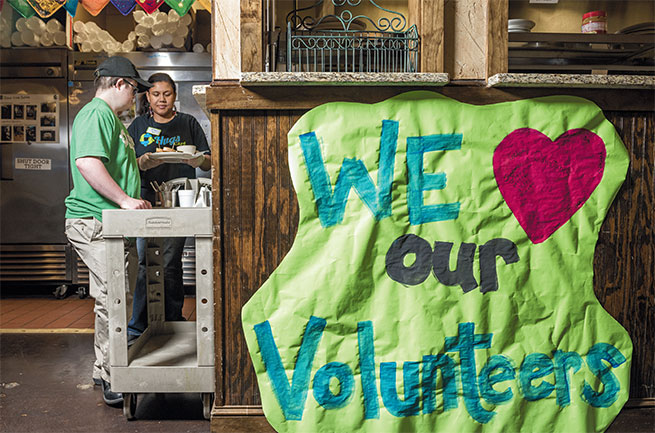 Volunteers, crucial to Hugs’ success, are much appreciated. In the background: Travis and Cierra conferring.

In 2016, Ruth Thompson “retired” and got to work on Hugs Café. Together she and Chris, with help from local chefs, business owners, donors and volunteers, had Hugs Café up and running before the end of the year.

Hugs employs 23 team members with special needs. Their work schedules range from two to 30 hours a week, depending on their circumstances. Aside from these team members, there are only two full-time and two part-time employees. Volunteers fill the remaining positions. Sometimes as many as 20 come in for a shift.

The beloved restaurant is also renowned as a great place to lunch. Its welcoming facade and aesthetics are akin to other eateries in quaint old downtown’s. A stonewashed red roof above a soft baby blue and green color scheme lend Hugs Cafe a nostalgic farmhouse feel.

The blackboard outlining the day’s specials lure sandwich lovers with promises of plump Hammy Swiss; the famed Peach Gobbler, that is, turkey, cheddar, bacon and lettuce topped with homemade peach chutney (which guests also purchase by the jar); the Dillman PBLT, pimiento cheese with smoked bacon, lettuce and tomato, served on a choice of bread.

“Of course, we need to be an outstanding restaurant, get good reviews, receive praise for our food, service and ambiance,” Thompson says. “Because people might come in once to check out the business, since it is so unique, but if the food is not good, or they have an awkward or poor experience, they won’t return. They won’t come back again and again and again, as they do now.”

Thompson’s idea for the greenhouses came after observing some of her team members’ enthusiasm for gardening. Along with the local Young Men’s Service League, the Hugs employees had turned a decrepit alleyway behind the restaurant into a patio along with an herb garden.

The Hugs Greenhouses are located at the edge of McKinney, near Trinity Falls. In two 46×90-foot enclosed greenhouses, team members— an additional 12 to 18 will be hired—will start by growing seasonal plants and flowers. Collin County Master Gardeners will help—volunteering related to horticultural work is what they do.

Bill Crump, as in Crump’s Garden and Nursery, fifth generation professional greenhouse gardener, has committed to serve as general manager of Hugs Greenhouse. “You don’t get much better guidance than this,” Thompson says.

So, what other endeavors might the visionary be dreaming up?

“The sky’s the limit,” she says, but politely declines to elaborate. She acknowledges that she’d like to accommodate her team members varied interests and talents. How can a team member know they love an occupation until they have a chance to try it?

She doesn’t want a gardener making cookies, and she doesn’t expect team members—such as Hugs Cafe’s Cierra Teague, 24—planting seeds when the young woman is so good at engaging with guests in the restaurant’s dining room.

Teague has Sickle Cell Disease, an incurable condition that causes near-constant pain, but she says walking and moving actually help quell the discomfort. She’s extraordinary, though. Not everyone with physical pain can plant or work in a kitchen.

“I love working here. I greet people, bus tables, help in the kitchen making sandwiches,” Teague says. “I just love it. I love it.” Her thousand- watt smile doesn’t lie. 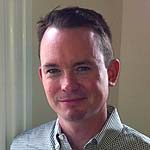 CHRIS HUGHES is a graduate of the University of Texas where he had four glorious years to ponder the enigma, “What do I do with an English degree?” Since then he’s spent 10 years in sales and marketing for the wine industry. The perk of eating out at some of the country’s best restaurants led to an obsession with food as well as specialty coffee, wine and beer. Currently, he’s a student at Emerson College pursing his Masters in Publishing. Look for his online contributions for Boston Magazine.