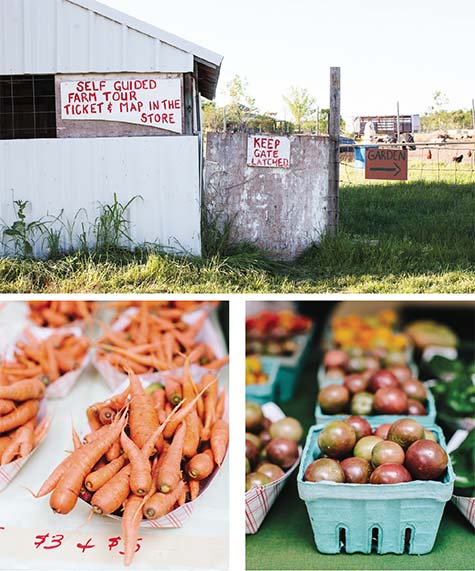 Drive past one more mailbox and round one last bend on the narrow FM 272 and you see Good Earth Organic Farm. Since 1984, Paul Magedson has worked the small family operation in Celeste in northern Hunt County, along with his former wife Lynn and his sons William and Andrew. The 100-acre spread teems with sheep, free-range chickens and an abundance of flowering plants and fruit trees, all raised without the use of pesticides, herbicides, GMOs or chemical fertilizers. Here is a place where nature is allowed to take its course, albeit with knowledgeable guidance from Magedson.

The hand-painted sign hanging over a fence reads “Welcome to the Garden,” and anyone interested in observing this working farm is invited to take a self-guided tour. Magedson, who also encourages school groups to visit, believes in the benefits of “knowing the people who grow your food.”

The farm has been certified organic for 12 years. Magedson acknowledges that the certification requires a great deal of paperwork and oversight, but he believes it’s the best choice for his farm. “If you went to a doctor, wouldn’t you be glad to see his credentials and know he had done the work and followed the rules?” Achieving and maintaining the certification involves meeting mandated production standards, which include avoiding chemicals, pesticides and antibiotics. Farmers are required to keep detailed production and sales records. Yearly inspections ensure that farms meet United States Department of Agriculture (USDA) requirements.

Magedson is also a member of the group Farm and Ranch Freedom Alliance (FARFA), a national organization that serves as an advocate for independent family farmers, who are focused on sustainability: using renewable resources and producing a healthy and profitable harvest with the least environmental impact. 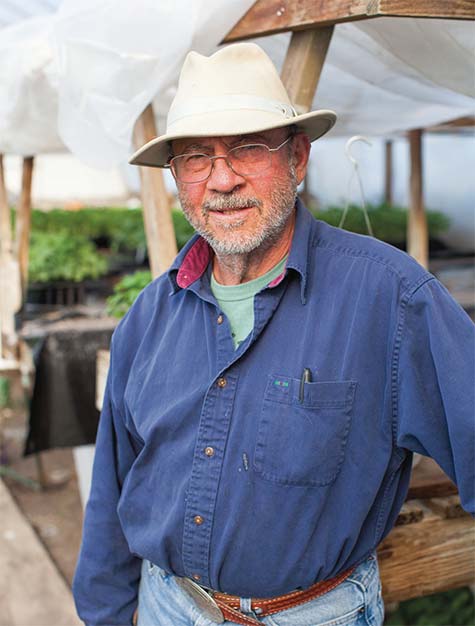 Developing and maintaining an organic farm starts with choosing plants and animals that are well adapted to the area. Hardy kale, Swiss chard, mizuna, carrots and a mix of herbs flourish here. Magedson frequently chooses heirloom varieties and practices companion planting, using complementary groups of plants to produce higher yields of crops that can defend themselves against disease and insects. Plants are intermingled, not set in rows of individual types. Native Americans practiced this technique, planting the Three Sisters (corns, beans and squash) side-by-side, and modern farmers, like Magedson, still emulate the tradition.

Farming is often an exercise in trial and error. This summer found him fighting tomato blight with a spray of diluted hydrogen peroxide solution. The heirloom varieties he planted were not bred to be resistant to the disease. “Growing organic involves planning,” he says. “I didn’t spray the tomatoes early enough but I’ll know better next time.”

He works to attract beneficial insects that control pests. Ladybugs, lacewings, parasitic wasps and spiders all devour harmful insects. To attract the “good” bugs, dill, mint, yarrow, lavender and milkweed are often added to vegetable gardens. Last year, he lost a number of his zucchini to squash bugs, despite enlisting several of his sons’ high school friends to help hand pick them off, so now he’s planting radishes to draw insects that will keep the bugs in check. 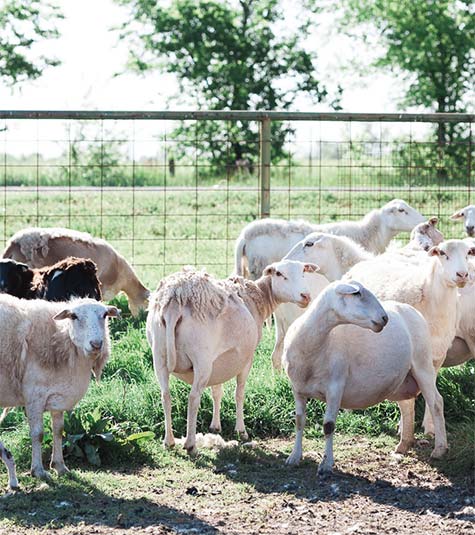 The farm’s Katahdin sheep are known to be a sturdy breed that can thrive in a wide variety of climates, making them a great choice for searing Texas summers. The sheep are raised for their meat, which is sold at farmers markets and via the Good Earth web site. The animals are locally butchered by Bluebonnet Meat Company in Trenton, Texas.

Each sheep eats about four to six pounds of food daily, but they are known as non-selective grazers, meaning they’ll eat just about any kind of vegetation. That enables him to graze the sheep in fields that he isn’t planting with crops. He periodically pastures them in a compost corral, where their manure is raked together with hay, and the resulting mix used to fertilize his fields. “Composting the manure is more time consuming but it means any potentially disease causing microbes will be destroyed by the heat generated during the process.”

Magedson refers to his varied flock of poultry as his “Martha Stewart chickens.” His Araucanas are good layers in heat and cold, intrepid food foragers and produce lovely blue to greenish colored eggs. He also raises Rhode Island Reds, listed as a recovering breed by the American Livestock Breeds Conservancy. As Magedson notes on his website, “Real eggs are seasonal. Antioxidants and trace minerals in the grasses and plants cause the eggs to deepen in color, with the deepest yellow yolks found in our hen’s eggs in late spring through early summer.”

The newest venture on the farm involves a rare, heritage breed turkey. Magedson hopes to have some turkeys available for sale toward the end of November and is taking orders on his website. He sells at the McKinney and Coppell Farmers Market. In addition to eggs and lamb, fall crops include squash, garlic and assorted greens. If you want to learn about his growing methods, come and visit his stand. He’ll be happy to share what motivates him to continue to work the good earth 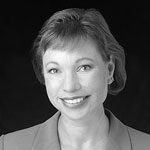 PENNY RUEKBERG is a professional freelance writer based in Dallas. She has written for numerous local magazines, including Richardson Living and The Texas Jewish Post as well as for numerous regional and national publications. She is also an enthusiastic amateur cook and a fan of good food.

FROM KITCHEN TO GARDEN: COMPOSTING COMPLETES THE CYCLE
IT’S A SMALL WORLD AFTER ALL