Th is recipe calls for a pre-cooked ham (one that is smoked, cured or already baked). Try to buy bone-in (for later use in soups or beans) and avoid spiral- cuts, which are apt to dry out more easily. A half of a ham is about 8-10 pounds, an ample amount for a large gathering. Remove the ham from the refrigerator at least an hour before warming to bring it to room temperature. The glaze is cooked at a lower than typical temperature to avoid burning the honey.

Prepare the ham by trimming any excess fat to approximately ¼” thick. Score the fat, just to the meat, in a checkerboard pattern at 1” intervals. Place the ham in a roasting pan along with 2 cups of water. Tent the ham with foil and cook for up to 3 hours, or until it reaches an internal temperature of 110 to 115°F.

Meanwhile, combine the remaining ingredients to make the glaze. When the ham has been warmed to correct temperature, pull it from the oven, remove the foil and increase the oven temperature to 350°F. Spoon ⅓ of the honey glaze over the top of the ham. Use the back of the spoon or a brush to ensure that the ham is uniformly coated. Return the ham to the oven for 10 minutes. Repeat the glazing two additional times, baking for an additional 10 minutes after each glazing. When the glazing is complete, remove from the oven and allow it to rest for 15 minutes before carving.

Try making your own version of this all-American—yet ancient— condiment. When the small seeds of a mustard plant are crushed and mixed with liquid, they are transformed into a fiery paste. Seed colors vary with the variety of the plant. The recipe below is similar to one used by the ancient Romans.

Combine the water, mustard seeds and ground mustard in a small bowl. Cover and place in the refrigerator overnight. The seeds will absorb the water.

The following day, combine the soaked mustard with brown sugar, vinegar and salt. Use an immersion blender to process the seeds until they are at the stage that you prfer. Process lightly if you prefer a whole grain type of mustard. Place the mustard in a jar and put it back in the refrigerator to sit for another few days. Taste and adjust the seasoning. It may be very pungent. Add an additional two teaspoons of brown sugar and additional tablespoon of vinegar, if needed. Place the jar in the refrigerator for another day. 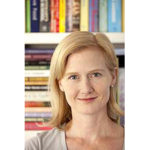