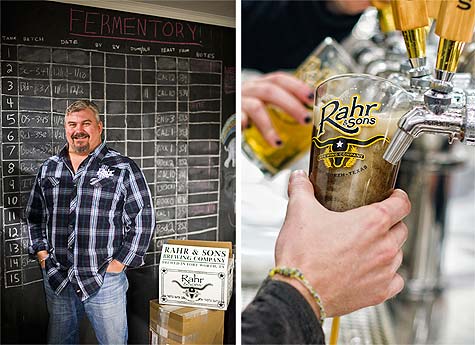 In A Farewell to Arms, Ernest Hemingway writes “The world breaks everyone and afterward many are strong at the broken places.” For Rahr & Sons Brewing Company in Fort Worth, nothing could be more true. A year after being pummeled by a freakish snowstorm, Fritz and Erin Rahr’s mended brewery has risen from the debris, stronger than ever.

But there were moments last winter when the company’s very survival seemed in question. Under a 12-inch blanket of wet snow and a collapsed roof, Rahr’s bottling line and giant fermentation tanks had been demolished. It would take seven months to get production up and running again.

Through the dark months of rebuilding, the Rahrs and their loyal band of employees persevered thanks to good humor and a swift marketing plan. To keep their name in front of the beer-drinking public, the company posted a series of clever videos on Facebook featuring Jason Lyon and Austin Jones, two key—and very funny—members of Rahr’s brewing team. (If you want a chuckle, check them out on YouTube.)

In another move to maintain their profile, Team Rahr took a road trip. “To keep interest in our brand, we decided to take the brewery on the road, testing out beers made in small batches— less than 100 gallons,” Fritz explained in a recent interview.

The sample brews, which were well received at pubs in Dallas and Fort Worth, included rare India brown ales, barrel-aged oatmeal stouts, their Belgian-styled Pug and a 14% ABV (alcohol by volume) Quadruple Pug, among others.

With months of construction and doubts behind them, the brewery resumed production and once again instigated its popular, twice-weekly facilities tours. Now on Saturdays between 1-3 pm and Wednesdays from 5-7:30 pm, the public is invited to visit and imbibe. And visit, they do. On Saturdays, attendance can swell to more than 600 people, many of them regulars who bring their own chairs. Others prefer to mix and mingle, catching up on the week’s events and comparing their great beer finds.

The tours, sometimes led by Fritz himself, attract people from all walks, including local college students looking for one of the best beer bargains in the state. For $7, you get a commemorative glass and three tickets for full pint samples. If you bring your used glass on a return visit, Rahr & Sons will give $2.50 of your entrance fee to their selected charity of the week.

BREWERY WITH A PAST

When Fritz, an alumnus of TCU, opened his Fort Worth brewery in 2004, he tagged Rahr & Sons as: “The new brewery with the 150-year history.” Fritz’s great-great grandfather, Wilhelm Rahr, emigrated from Rhineland, Germany to Manitowoc, Wisconsin where he established Eagle Rahr Brewery and Malt House in 1847. Wilhelm eventually expanded his company, adding breweries in both Green Bay and Oshkosh.

Sadly, while on an inspection tour of his brewery in 1880, Wilhelm fell into a brew kettle and suffered fatal burns. To honor their founder, the surviving family members decided to change the name of the brewery/malt house to William Rahr’s Sons Co. soon after the accident.

Though the original Manitowoc brewery was among the casualties of Prohibition, it continued producing malt, as many breweries did at that time. Today Rahr Malting Company, headquartered in Shakopee, Minnesota, supplies a vast number of breweries, including Rahr & Sons, with their product. Rahr malt and a family name are the only affiliations the Fort Worth brewery shares with that company.

At the United States Beer Tasting Championship in 2005 and 2006, Rahr’s Blonde Lager, its first beer to hit production, won the award for Best of the Rockies/Southeast in the Dortmunder/ Helles category. This brew is best described as a medium-bodied, traditional Munich Helles-style pale lager, extremely drinkable and less sweet than some of its counterparts with a generally agreeable malt flavor. This is the beer you take to backyard barbecues while your friends bring in their winsome Anheuser-Busch products.

In 2007, at the same competition, Rahr’s Summertime Wheat was recognized as the Best Wheat Beer in the Rockies/Southwest-division. It’s a traditional German-style Hefeweizen – an unfiltered wheat beer that is rich with spiciness and citrus notes. The Rahr brewmaster blends Wechenstepan Weizen with a touch of rye malt in this seasonal favorite.

Though the aforementioned beers are award winners, there are lots of interesting brews in the regular line-up. Among them are Ugly Pug, which can be found on tap throughout the Dallas/ Fort Worth area, and Buffalo Butt. The Pug is a lighter black lager with chocolate notes that makes it desirable for beef dishes and desserts. The beer was named after Fritz’s mother-in-law’s dog. At first glance, the hound is a bit harsh on the eyes, but after enjoying a few pints of the brew he inspired, you are guaranteed to warm up to him.

The Rahr family enjoys giving back to the community in generous ways. “We are always looking for ways to contribute to the community. Everyone has been so supportive of us, and I really love Fort Worth,” beams Fritz.

Besides donating the proceeds from their tastings to a variety of community charities, they have also developed a program that contributes to the Texas Parks and Wildlife Foundation and the endangered species of Texas.

The first beer in their Rare Breed series was the Blind Salamander Pale Ale, which debuted in 2008. The English pale ale’s name is a tribute to a rare cave-dwelling amphibian, native to the San Marcos Pool in the Edwards Aquifer.

There should be many such beers to come because at last count there were 63 endangered animals on the Texas Parks and Wildlife list, including the West Indian Manatee and the Loggerhead Sea Turtle. Both would lend themselves quite nicely to beer names.

Besides their own unique form of philanthropy, Rahr & Sons Brewing Company. strives to maintain a healthy, green facility by using 100 % renewable electricity and maintaining a fleet of Priuses for the staff. Grain waste from each brew is recycled and donated to a local farm for cattle feed. Some of the spent grains have also been known to make their way into Gwin Grimes’s kitchen at Artisan Baking Company, where she uses it to make her delicious Ugly Pug Jalapeño Bread.

In March 2009, the 81st Texas Legislature recognized Rahr & Sons Brewery with a bill extolling the virtues of this native Fort Worth brewery. The legislators recognized the company for its efforts to reduce its carbon footprint, for its deep commitment to sustainable energy and its rich history of time-honored practices.

Rahr & Sons beer can be found in many liquor and grocery stores throughout Dallas and Fort Worth, including Central Market and Whole Foods. Rahr taps are continuing to sprout up in pubs and taverns across the state as the buzz continues to grow about this scrappy Fort Worth brewery that defied—in the words of Papa Hemingway—its broken places. 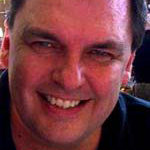 STEVEN DOYLE is a local freelance food writer who appreciates good food and spirits. Steven has an affinity for all types of cuisine and often spends time in his own kitchen preparing for large dinner parties with family and friends. Steven is the founder of the newest addition to the blogosphere, cravedfw.com that examines restaurants, art and music and champions the local farmer. He also operates the not-for-profit Dallas Food Tour that examines a unique cuisine each month.

AT THE TABLE WITH JEFF & NICOLE WHITTINGTON
HOW DOES YOUR GARDEN GROW: GARDENING BY THE SQUARE