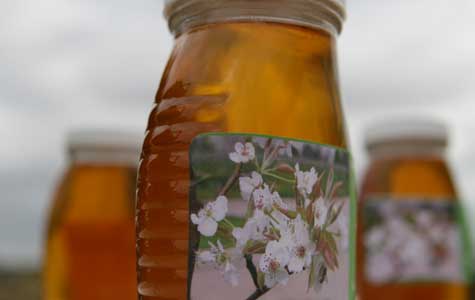 When you drive out to visit a working farm in Texas, you don’t expect to be greeted at the gate by a smiling couple holding champagne flutes filled with bubbly Bellinis flavored with organically grown persimmons.

That was just the delightful welcome I received at Motley Farms near Merit, in north-central Texas, when visiting on a warm, sunny day last spring. Friends had introduced me to the owners, Tom and Kay Motley, a couple of years earlier, and since then we’d met each other occasionally at social events and local farmers’ markets, where I’d tasted their fresh organic herbs and eaten desserts made with fruits from their own trees. Now I’d finally come to see the land on which those foods were grown.

I soon learned that both of the Motleys are descended from a long line of farmers who settled in Texas and Oklahoma in the 1820s and 1830s. However, neither Tom nor Kay ever thought they were ultimately destined to become farmers themselves.

“My family, on both sides, were farmers in Hill County, Texas,” said Tom. “My grandmother was a true cowgirl who went on two cattle drives with her brothers when she was only a teenager. And my parents were born on neighboring farms near the town of Irene.” In the 1940s, Tom’s father left the farm to work in the shipyards and oil fields around Beaumont, where Tom was born. When he was a boy, Tom spent a lot of time on his relatives’ farms in Texas, staying with various aunts and uncles who helped out his parents during hard times. “At the age of twelve, I promised myself that I’d never go back to living on a farm again,” he said.

Instead, he became an artist, the first in his family, earning a Bachelor of Fine Arts degree in painting at the University of Texas in Arlington, followed by master’s degrees at the University of Dallas and two Fulbright fellowships to Europe. As an art professor at Richland College in Dallas since 1972, Tom lived in urban areas all of his adult life until he met Kay at a dinner party in McKinney, Texas a few years ago.

Born in Oklahoma, Kay grew up in Texas, near San Angelo and Abilene, where she developed a lifelong love of horses. After finishing high school in Dallas, she majored in history and sociology at Texas Christian University in Fort Worth. In the late 1960s, not long after graduating from TCU, Kay shocked her family by declaring that she really wanted to be a professional horse trainer. She went on to train hundreds of horses, including two world champions, more than twenty top-ten winners in the American Quarter Horse Association, and a slew of other equestrian prize-winners.

Two decades of hauling horses and riders to competitions around the country finally convinced Kay that she was ready to settle down permanently on her own farm in a warm climate. In 1989 she bought eleven acres of land near Farmersville, Texas where she could still train horses and also have a place to grow hay and plant a kitchen garden with vegetables and herbs.

When Tom and Kay first met in McKinney in 2002, both had been gardening for a long time. “I always planted flower gardens around my art studios,” Tom recalled. “One day Kay asked me to come out to her farm to help her move some hay into the barn, and while I was there a wave of nostalgia came over me. Suddenly I wanted to live out in the country again, on a real farm myself.”

“Kay and I were married in 2004,” Tom went on to say, “and we soon began asking ourselves what kind of work we could do together, especially later on, after we retired from our day jobs. We didn’t really know anything about each other’s professions. I’d been a painter and art teacher all my life, and she was a horse trainer. We finally realized that what we really had in common was our love of gardening.”

In 2005 they bought 26 acres of land near Merit, Texas. “As soon as we saw it, we fell in love with the property,” said Tom. “We thought how horrible it would be if some real estate developer bought it instead. It has rolling hills, a stream running through it, some tall-grass prairie, and 40 kinds of hardwood trees. We decided to buy it and do something good with it.”

The Motleys asked Cas Franklin, a professional landscape architect in McKinney, to help them plan the best way to use the land. “We have tried not to impose ourselves on the property,” said Tom. “We let the land tell us what to do.”

They began by growing a few organic herbs, vegetables and melons mainly for themselves, and later selling the surplus at the farmers’ market in Farmersville. “We figured there had to be other people like us who wanted to eat fresh foods,” said Kay, recalling how their business started and soon expanded. “But we still only grow the things that we like to eat, to see, to smell. We won’t grow any cilantro!”

Tom is an extrovert who enjoys manning the Motley’s stands on weekends at the farmers’ markets in Farmersville, McKinney and other locations in the Dallas area. “I really enjoy talking with people about our products,” said Tom, “telling them about our lemon cucumbers and pineapple sage and chocolate mint. I love to introduce people to new ingredients, new tastes, new textures.”

“Don’t forget our rainbow-colored free-range eggs!” added Kay, who raises the six different breeds of heritage hens that lay them. “And the raw honey from our own hives, too.”

“People want to know where their food comes from, that it’s organically grown and that the animals are raised humanely,” Kay continued. “We give them recipes for the vegetables they buy from us and suggest ways to use herbs that they’ve never tasted before. At every market we meet a new customer who becomes a regular customer.”

“One of the major things I’ve noticed in the past couple of years is that about 20% of our customers are young couples with children, parents who don’t want to feed their kids chemicals,” said Tom. “They’re people of all economic classes who prefer to pay a bit more for a few organic carrots than less money for a pound of supermarket carrots that are loaded with chemicals.”

“At least 80% of our crops come from heirloom seeds,” said Tom, “which are very expensive because we have to sow nearly twice as many, since only about half the seeds produce the plants we need.”

The Motleys are members of Seed Savers Exchange and the Texas Organic Farmers & Gardeners Association. In 2008 they also became a Noble Foundation Cooperating Farm, part of a philanthropic organization that helps small farmers with advice on range management, financing, and crop improvement.

Tom, a talented writer, produces a popular twice-monthly column, “The Motley Farm Report”, in The Farmersville Times, The Princeton Herald and several other small North Texas newspapers owned by C & S Media. He weaves together observations about farm life, art and philosophy, based on his own personal memories, family characters and experiences on the land, in the painter’s studio and in the classroom. Readers especially like his true stories about the animals on the Motleys’ two farms. There is Eli, the loveable, but very territorial donkey; Knucklehead, the retarded wether; Nosy, the quarter horse who carries off tools; and Zulu, the Blue Tick hound that replaced Tom’s beloved Buck, who was hit by a car.

Tom’s career as a painter, professor and writer, and Kay’s success as a championship horse trainer, have both been enriched by their later-in-life decision to become organic farmers. In addition to selling their products directly to customers at farmers’ markets, they now also supply several restaurant chefs in this area. Annie Stokes at Café Málaga in McKinney was an early customer, as was Elias Aad at Pizza Plaza in Princeton. More recently the Motleys have begun supplying organically grown products to Stephan Pyles for his two restaurants on Ross Avenue in Dallas and to Sharon Van Meter for special food events at the Milestone Culinary Arts Center on McKinney Avenue in Dallas.

“I love talking with chefs about the products we’re bringing them,” said Tom. “They’re so knowledgeable and so creative. It’s like talking with someone about my own paintings.” Hearing him say that, you can easily imagine Tom planning the layout of his next vegetable garden as a horticultural work of art—or maybe envisioning the composition of his next painting of a colorful herb garden. 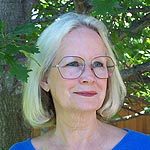 SHARON HUDGINS, a resident of McKinney, is the Food Columnist for German Life magazine, USA (www.germanlife.com) and the Food Editor for European Traveler website (www.europeantraveler.net).